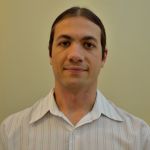 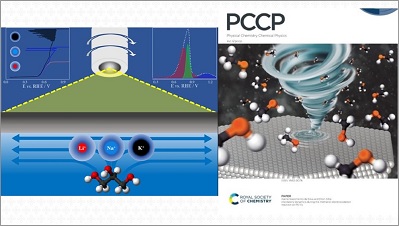 From the firewood used in the fireplace to the sugarcane ethanol that powers the car, biomass is a renewable and sustainable source of energy. In these two examples, biomass is burned, but there are more efficient ways than burning to harness the energy stored in plant and animal waste: electrochemical reactions, which involve the transformation of chemical energy into electrical energy and vice versa.

In two papers published in 2021, CINE researchers linked to the Dense Energy Carriers program and collaborators, led by Professor Elton Sitta (UFSCar), elucidate fundamental aspects of electrochemical reactions (more precisely, electroxidation) used in the transformation of organic molecules that can be obtained from biomass. Electrooxidation, which is a clean and scalable process, generates electricity and new molecules, which can be used as raw materials in industry.

In the works coordinated by Sitta, the experiments were carried out in electrochemical cells – simple devices formed by two electrodes and a solution called electrolyte. Both studies used platinum in the main electrode, on whose surface the electrooxidation reactions take place, transferring electrons from the organic molecules to the electrode.

In the first work, published in Electrochimica Acta, the authors studied in detail the electrooxidation of glycerol (C3H8O3) in systems with different alkaline electrolytes. Better known by its trade name (glycerin), glycerol is a compound derived from oils and fats, generally obtained as a residue from the production of biodiesel. Thanks to the use of in situ techniques that have been improved by CINE researchers at UNICAMP, under the coordination of Professor Pablo Sebastián Fernández, it was possible in this work to collect samples from the electrode surface while the reactions were taking place and, thus, identify and quantify the products of the reactions. Thus, the authors observed the formation of glycerate and lactate, compounds used in the pharmaceutical, cosmetic and textile industries.

The second work sheds light on the complex phenomena that generate oscillations in the behavior of the electroxidation of methanol (CH3OH) – an organic molecule that can be obtained from both biomass and fossil fuels. The research was able to identify, map and explain these oscillations. The published article is the first record in the scientific literature of a study of this type carried out with platinum single crystals at the main electrode. Entirely carried out at UFSCar, the work was featured on the cover of Physical Chemistry Chemical Physics.

By understanding these fundamental phenomena, both researches can contribute to the development of technologies for producing fuels, electricity and raw materials from renewable sources using clean and scalable processes.

“The use of organic molecules such as glycerol and methanol is an interesting alternative to the oxidation of water in the production of hydrogen”, explains Professor Sitta. “In general, it is easier to oxidize these molecules than water to provide the electrons necessary for the formation of hydrogen”, he adds. In addition, organic molecules such as methanol and glycerol can be used to convert chemical energy into electrical energy in fuel cells. “To do this, a reduction reaction that occurs at high potentials must be coupled to the process”, explains Sitta.