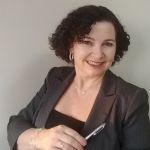 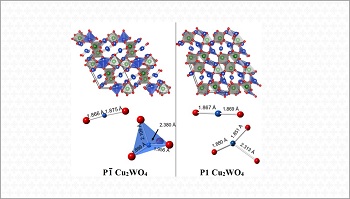 Reducing carbon dioxide (CO2) emissions into the atmosphere is a global objective that involves efforts from different sectors of society. Among the scientific efforts is the development of technologies for converting the carbon dioxide molecule into other carbon-based compounds that can be used as raw materials in industry.

At CINE, a group of researchers from UNICAMP, led by Professor Claudia Longo, has been working in this research line. Their proposal is as sustainable as possible: using sunlight as an energy source to produce commercially valuable molecules from carbon dioxide and water. The idea is to carry on the process in very simple equipment, a photoelectrochemical cell, formed by two electrodes containing semiconductor materials (the anode and the cathode) immersed in an aqueous solution containing carbon dioxide (the electrolyte) and connected to an external solar cell, whose function is to provide the energy needed to drive chemical reactions, complementing the energy received directly from the sun.

When semiconductors absorb solar radiation, electrons (negatively charged) and holes (positively charged) travel along different paths. In n-type semiconductors, which are used as anodes in the photoelectrochemical cell, the holes migrate to the surface, where they can promote oxidation reactions, such as breaking down the water molecule (H2O) to produce oxygen. On the other hand, in p-type semiconductors, the electrons go to the surface. Used as cathodes in the photoelectrochemical cell, p-type semiconductors promote the CO2 reduction reaction, forming new molecules. In this way, the carbon dioxide emitted, for example, in some industry, whose final destination would be the atmosphere, could be converted into other compounds of commercial value.

Unfortunately, this simple and sustainable process is not yet feasible outside the laboratory. For this to become possible, one of the challenges that must be overcome is the development of semiconductors capable of efficiently reducing CO2. It is also important that these materials are stable (ie, have a long shelf life) and that they can be manufactured using uncomplicated methods from elements that are abundant on planet Earth.

With this objective, the CINE researchers, together with collaborators from UNICAMP and from universities in the United Kingdom, the United States and the Netherlands, carried out a detailed study of a material on which there was little information available in the scientific literature: copper(I) tungstate. This material, whose formula is Cu2WO4, is a p-type semiconductor composed of copper, tungsten, and oxygen. It is important not to confuse it with copper(II) tungstate (CuWO4), an n-type semiconductor widely present in scientific literature, which has already been tested as an anode for photoelectrochemical oxidation of water, among other applications.

Initially, CINE scientists synthesized Cu2WO4 using an arc-melting method, which is a very intense flow of electrical current, and an innovative and promising method for obtaining such complex oxides. The technique made it possible to prepare a high-quality material in minutes, surpassing other methods reported in the scientific literature, which take hours or days to reach the same result. The material was then submitted to a complete experimental and theoretical investigation of its properties, including photoelectrochemical ones. The work, which was carried out within Miguel Tayar Galante‘s doctoral and postdoctoral studies, was developed at Unicamp under the guidance and supervision of Professor Claudia, was reported in an article recently published in ACS Applied Materials and Interfaces.

Among other contributions, the work resolved a debate on the crystal structure of Cu2WO4, which began in the late 1980s. The authors were able to demonstrate that the material belongs to the space group P1, one of the 230 groups that organize the possible symmetries of the crystalline materials (those in which the atoms  are arranged in a three-dimensional pattern that repeats itself in space).

The researchers at CINE intend to begin soon to evaluate the application of copper(I) tungstate in photocathodes for CO2 reduction. Initially, the group is working to extend the life of the photocathodes. “Although they present photocorrosion during electrolysis, we are already managing to increase their stability with a layer of an aminosilane, considering the previous studies we published in ChemCatChem”, comments the scientist. “The aminosilane layer on the photocathode has two interesting effects: it inhibits light-induced corrosion and increases the selectivity for the production of formate, which is used in the food, textile, paper and leather industries and in the production of various chemical products”, she completes.