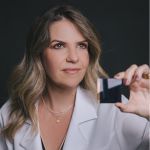 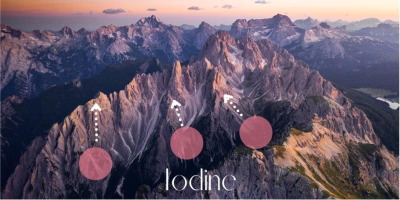 Perovskite solar cells can already compete with those made of silicon in terms of efficiency and cost. In addition, their lightness and flexibility make them attractive to some markets that the conventional technology cannot meet. However, these emerging devices cannot maintain their performance over time. This happens because perovskite films, that absorb sunlight and transform it into electricity, are note stable materials. They degrade when exposed to moisture, oxygen and even light.

In a recently published paper, CINE researchers and collaborators report a study that joins the efforts to understand the low stability of perovskites when exposed to light. More precisely, the team studied the behavior of perovskite films that contain various metal halides and that have an irregular surface formed by microscopic valleys and mountains. Films with these characteristics have been observed and studied, but it is not yet known how this topography influences the performance of the material.

“Our work focused on the study of the consequences caused by the exposure to light of a perovskite film prepared under conditions in which there is a spontaneous wrinkling of its surface”, summarizes Eduardo G. Machado, first author of the paper, who participated in the work as a postdoctoral fellow at UNICAMP in the context of CINE.

The team produced films with different compositions and carried out a series of analyzes to characterize their topography and properties. The work, led by Professor Ana Flávia Nogueira (UNICAMP), researcher and Director of CINE, involved seven research groups from Brazil, Portugal and the United States. “This composition shows that, in order to face the complex problems of modern science, a multidisciplinary team and open collaboration are necessary”, comments Machado.

One of the main results of the research was to show that, after exposing the wrinkled films to light, there is a separation of the iodine anions (iodides) that make up the perovskite, which move from the valleys to the mountains, where they concentrated.

“From this understanding, new strategies can be adopted so that more stable perovskite-type materials are prepared to be used in solar cells and contribute to a change in our energy matrix”, concludes Machado.

The work was funded by FAPESP, Shell, CNPq and Capes, in addition to the strategic support of ANP.