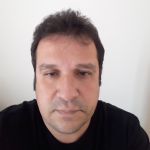 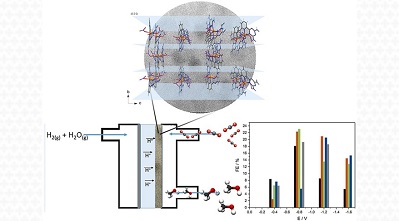 A work carried out by CINE researchers and collaborators presents an alternative way to produce fuels and other chemical compounds using carbon dioxide (CO2) as a raw material, in addition to hydrogen and water. The authors of the research used a fuel cell as a reactor and a nanomaterial with copper as a catalyst to promote the reduction reaction (gain of electrons) of the CO2 molecule. The products of the reaction were methanol, formic acid, formaldehyde and carbon monoxide (compounds used to make products such as adhesives, solvents, coatings, preservatives, cleaning products and plastics), as well as methane, which can be a fuel.

Using greenhouse gases in raw materials and fuels is a way to reduce their concentration in the atmosphere and, at the same time, replace other compounds whose production would consume energy and inputs. To transform these gases within sustainability standards, it is necessary to decompose them and form new substances through processes of low environmental impact and low cost, such as electrochemical reactions. However, as the binding energy between the atoms of the CO2 molecule is very high, catalysts are needed for the reaction to take place. And developing low cost and high efficiency catalysts is still a challenge.

In this work, the authors prepared and characterized a material from the group of coordination complexes, formed by a copper salt and ligands. Copper is a metal whose ability to catalyze the reduction of CO2 has already been proven. At the same time, it is cheaper than precious metals that also fulfill this function. “This type of material (coordination complex) allows us to use a smaller amount of metal compared to a conventional catalyst”, says Almir Oliveira Neto, senior researcher at IPEN and CINE member, who coordinated the work.

The compound was mixed in different proportions with carbon black (a fine carbon powder used in rubber production) and each of these composites was tested as a catalyst for carbon dioxide reduction. In this way, the researchers were able to determine the ideal amount of catalyst to efficiently produce methanol (the main product) and the other products.

The scientific team chose to carry out the reactions in an unconventional reactor: a polymeric fuel cell. This device is characterized by having a polymeric membrane that works as an electrolyte and is in contact with the electrodes and the catalyst. Fuel cells are already used to generate clean electrical energy (for example, in electric cars) and their use as reactors for the conversion of greenhouse gases into compounds for industrial use has been studied with good results. In particular, the polymeric cell has the advantage of having a solid electrolyte. “In conventional electrochemical cells, in which the electrolyte is liquid, it is usually necessary to purify the product”, explains postdoctoral fellow Rodrigo de Souza, co-author of the research. “Furthermore, with our method we can produce the chemical compounds in flow; consequently, production can be higher compared to other systems,” he adds.

The research showed that the combination of the polymeric fuel cell with the new catalyst makes it possible to take advantage of carbon dioxide as a raw material in the production of compounds for industrial use. The next challenges include adjusting the system to be able to select the product that will form and to carry out tests on an industrial scale.

The work was carried out in collaboration by the IPEN team led by Oliveira Neto and the group of professor Adam Duong, from Université du Québec à Trois-Rivières (Canada). The partnership gathered the Brazilian group’s experience in fuel cells and transformation of methane and carbon dioxide into products to the Canadian group’s expertise in the development and characterization of innovative materials.

The research was funded by FAPESP, Shell and CNPq, in addition to the strategic support of the ANP, as well as CAPES and CNPq. It also received resources from entities in Canada.