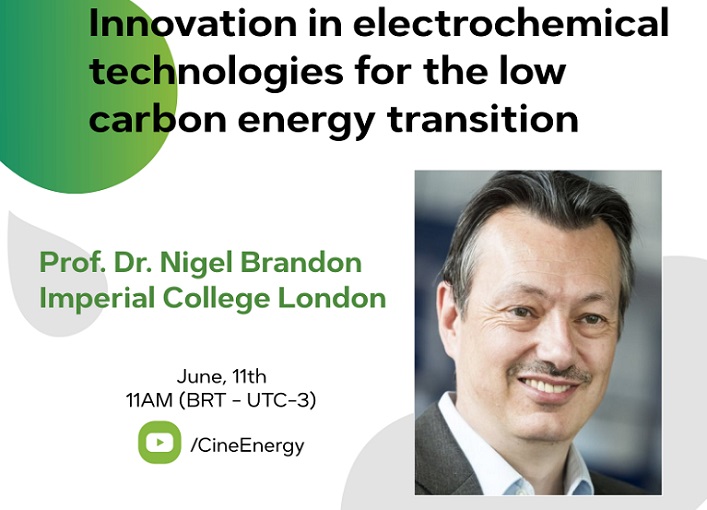 Professor Nigel Brandon OBE FREng is Dean of Engineering and holds the Chair in Sustainable Development in Energy at Imperial College London. He is Director of the UK Hydrogen and Fuel Cells Hub, and Chair of Imperials Sustainable Gas Institute which enjoys strong links with USP through the Research Centre for Gas Innovation. His research interests lie in the science, engineering and technology of electrochemical devices for low carbon applications, with a particular focus on fuel cells, electrolysers and flow batteries. He has published over 200 papers in the field, and holds 14 patents. He has been awarded the Royal Academy of Engineering Silver Medal and the ASME Francis Bacon medal for his contribution to fuel cell technology, and an OBE for his services to UK-China science.

The speaker will discuss the role that electrochemical technologies such as fuel cells, electrolysers and batteries can play in the transition to a low carbon economy. Particular attention will be paid to identifying and taking opportunities for innovation, building on the speakers own experience of establishing two companies based on his academic research. One of these, Ceres Power, is a fuel cell company founded in 2000 and now worth around $3B, while the other, RFC Power, is a flow battery company founded in 2018 which has recently closed a seed funding round.