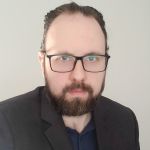 The technology of lithium-oxygen batteries (Li-O2) may bring a significant increase in energetic density (quantity of energy stored by weight of battery) comparing to the devices that, today, are in the market, such as ion and lithium batteries. However, several limitations of this technology still need to be overcome to make their commercial use viable. For this, it is necessary to better understand the reactions that occur during the charge and discharge processes and their impact on the battery components (electrodes and electrolyte).

An important contribution to the development of this technology was made recently by researchers and students from CINE’s Advanced Energy Storage Division, in collaboration with a researcher from the Brazilian Synchrotron National Light Laboratory (LNLS-CNPEM). The team conducted the first study of lithium-oxygen batteries with redox mediators with the technique of X rays diffraction (DRX) in actual operation conditions. Thus, it was possible to record, in real time, the changes that occur in the structure of electrodes material during the charge and discharge of batteries and better understand how the mediator’s work.

For the study, the researchers chose one of the most recently developed types of lithium-oxygen batteries: those that rely on catalysts dissolved in the electrolyte – the so-called “redox mediators”. These compounds have been used because they promote a series of reactions, which facilitate charging the lithium-oxygen battery. Without them, large quantities of electricity are necessary for the battery to be charged, which generates undesired reactions which end up degrading the electrolyte and the electrode. Thus, the redox mediators perform an important role in the useful life of the battery – or, using the technical term, in its cycleability (measure which reflects the number of times that a battery can be recharged until it stops working).

To be able to perform the experiments, the team needed, initially, to develop the instrumentation, as there was no device which permitted to adequately characterize the materials of a lithium-oxygen battery. The device created was temporarily installed in an experimental station of X rays diffraction at LNLS, where the technique yields more precise and faster results.

“In this study, we reveal, for the first time, the dynamics of formation and decomposition of products with the redox LiBr mediator, showing the crucial importance which the migration of the Br ion has over the cycleability of the system”, says professor Gustavo Doubek (UNICAMP), CINE researcher and leader of the research. “The results are the fruit of more than one year of work, in which we succeeded in projecting and building a robust cell (patent already applied) to measure the discharge and charge of Li-02 batteries with simultaneous X ray diffraction measures”, he completes.